AS we head into summer, it is worth looking at your garden – turns out some plants can not only damage your property, but devalue it!

To help you better identify invasive plants, experts have revealed five of the most common garden plants that could see your property be worth up to 15 per cent less.

Surveyor experts at Stokemont.com have also shared tips on how to spot and remove these plants.

Here are the five plants you need to know about…

Japanese knotweed is an invasive plant with bamboo-like red shoots and shovel-shaped leaves.

It can grow up to three metres tall in spring and summer and its roots can reach down to 20 metres underground. 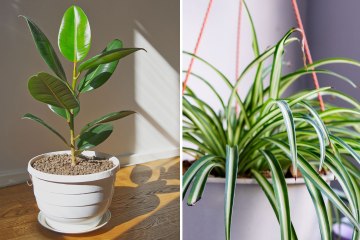 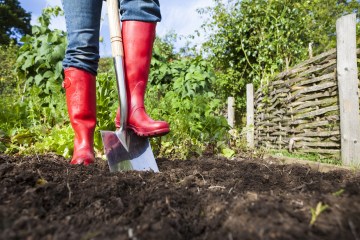 According to Stokemont, the spread of Japanese knotweed underground could destructure pipework and drains and weaken building foundation or paving, leading to foundational collapse and poor flood defences.

Due to these damages, Japanese Knotweed is listed as a defect to the property by RICS Homebuyer Reports, with the potential to reduce the price of your property by 5 -15 per cent.

With 2,500 Google searches for ‘How to get rid of Japanese knotweed’, on average per month, Bradley from Stokemont recommends: “It is really important to clearly check and take immediate and thorough eradication actions before it gets too late.

“We would highly recommend you seek professional help when removing them as they re-establish easily from even the smallest remains.

“If you prefer doing it yourself, pesticide would be the most effective method to kill those zombie-like plants.”

Commonly seen across Europe, English Ivy is dangerous to your house.

With a strong wall-climbing ability, this garden invader could easily penetrate your wall cracks, damage the mortar, and bring dampness or leaks to the house.

Bradley advised: “Unlike Giant Hogweed, English Ivy could be removed with bare hands by peeling them carefully off the wall.

“It is also possible to kill them by cutting their roots off and letting them dry out.

“However, not all wall-climbing plants are harmful, such as Boston Ivy, so we recommend consulting a professional before mistakenly cutting some beautiful and safe plants from your wall.”

More easily spotted in June and July, this cow-parsley-like plant has thick green stems with purple spots and white flowers shaped like a round umbrella on top.

Bradley said: “Widespread across the UK, especially around rivers and ponds, its sap is phototoxic and can cause severe skin burns or scars under sunlights.

“Though not causing direct harm to the property, buyers may still refuse to pay a higher price if present because of its high cost of removal – up to £15,000.”

While most trees cause no harm, large trees like Poplar, Willow and Oak can be dangerous if grown close to the property.

Their root systems, shallow and fast-growing, can spread out to 40 metres and take up 1,000 litre of water and nutrients from the soil.

Bradley added: “They could live around 50 years and are harder to remove when their roots grow thicker and bigger as time progresses.

“Their age, soil type, location, depth all matter when deciding whether your tree is a problem.

“If grown too close to your property, they could lead to further risks of cracks in foundations, subsidence and other structural defects, potentially costing you £5,000-£25,000 to repair.”

As the name suggests, Himalayan Balsam is from the Himalayas and was brought to the UK in 1839.

It grows up to two-three metres tall and has pink flowers in summer and early autumn.

Despite its beautiful colours, this invasive plant could spread 800 seeds metres away or even through rivers, potentially killing off other plants and reducing biodiversity by stealing all lights, nutrients or water.

While many people are asking if this non-native plant is poisonous, Bradley commented: “It does not have physical danger to humans but its significant ecological impact on nature and associated laws are not favoured by buyers.

“So it is recommended to keep this plant controlled or eradicated, and make sure it does not spread to your neighbours’ home as it can be illegal.”

ESTIMATED REMOVAL COSTS FOR EACH PLANT: